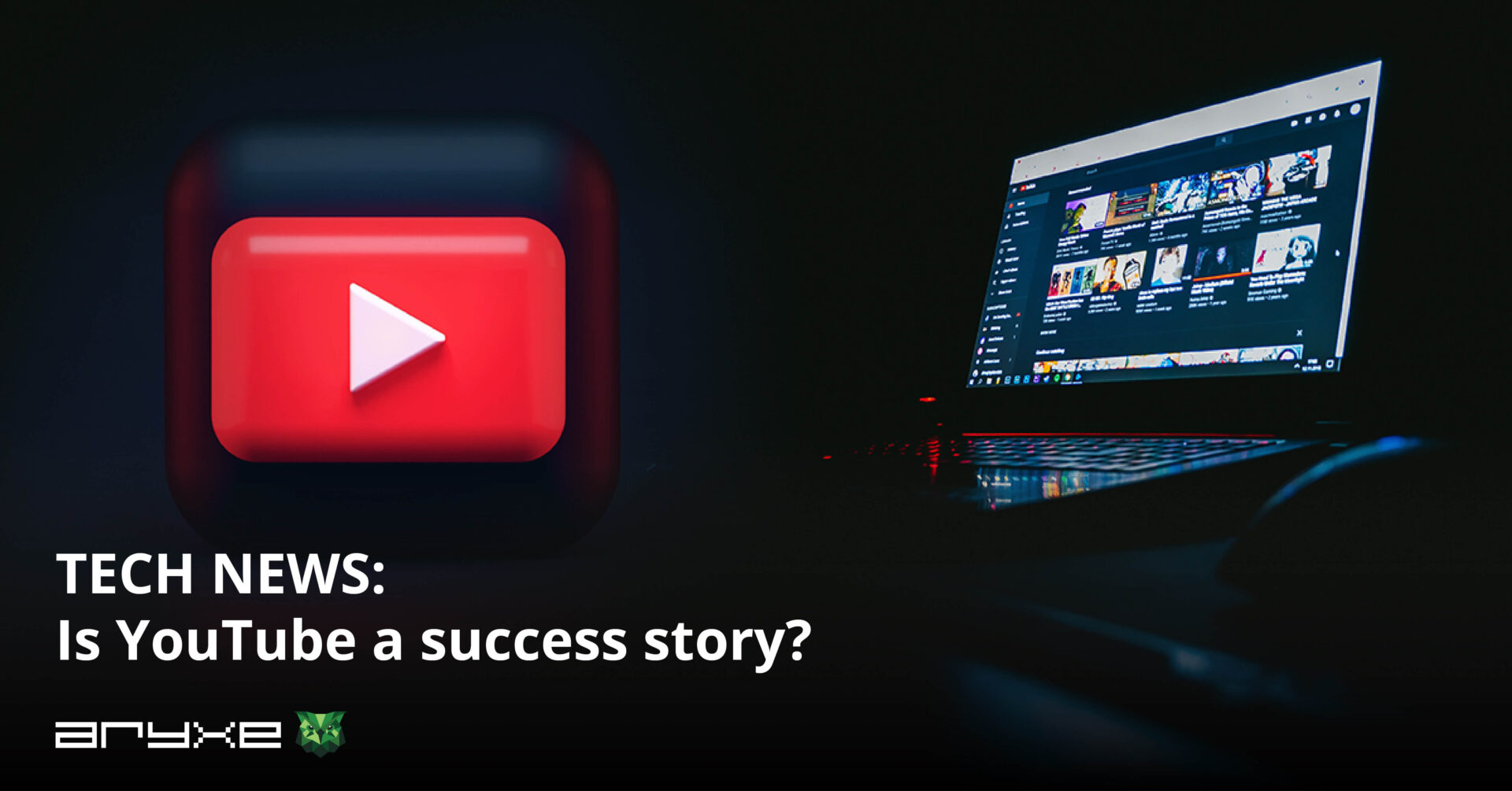 After kicking off our brand new series of articles, the Tech News series, with pieces about Netflix and TikTok, continuing in a similar manner, this time around we have decided to touch on YouTube and its success.

It was on Valentine’s Day back in 2005 that three former PayPal employees, Chad Hurley, Steve Chen, and Jawed Karim, decided to launch a video streaming website and named it YouTube.

Since then, this company has blossomed into a cultural touchstone showing millions of video clips per day in all corners of the world.

Initially, a place to share cute videos of your cat with the world is now a place of work, too, since there’s also an entirely new profession out there and a growing number of people aspire to become one of YouTube’s content creators.

So what once was a platform for anyone to upload, share and view content without restrictions is now also a place for content creators to earn their dime by selling ad space before or in the middle of the videos they create and upload onto the site.

Let’s take a quick stroll down memory lane and just touch on some milestones crucial for this topic of ours!

YouTube attracted over 2 billion users by offering them an unlimited repository of music videos, movie trailers, pranks, vlogs, comedy, and whatever you can imagine – for free. So is the service being free the catch to YouTube’s appeal? Some would say so but the company has succeeded in getting over 50 million subscribers across its suite of paid services. This means that roughly 2.5% of YouTube’s users agreed to pay in order to watch videos in the background, skip on the annoying ads and gain access to all kinds of music playlists. And, let’s face it, 2.5% is not always a lot but when you have 2 billion users, this seemingly tiny percentage is actually a big deal.

But why did they decide to offer subscriptions? YouTube’s ad sales spiked 84% last quarter to over $7 billion so based on advertising alone, YouTube is as big as Netflix. Therefore, YouTube does not exactly need this money but from the media business standpoint, YouTube has decided to establish two different revenue streams (advertisement and subscriptions), which is exactly what made TV networks so profitable.

With this 2.5% subscribers, YouTube is not the very first online media business to crack the code but it most certainly is the biggest. On Netflix, you are spared from seeing ads so you rely on your subscription only. Hulu does sell both ads and subscriptions but with it being limited to streaming only in the US, Puerto Rico, and certain locations in Japan, it can’t be compared to YouTube, at least not right now.

Looking at it as a success story, somewhat typical to the other tech behemoths out there. A video-platform company that was started in a garage with the very first video on it featuring one of the founders visiting the zoo becomes an integral part of the internet. That is pretty darn amazing.

Buying the first video-sharing site in its infancy is probably one of the best ideas Google ever had. But after 15 years of being part of Google, which is in fact the most successful money machine in the history of the internet, it is still fairly unclear whether YouTube has reached its financial potential or not.

With the money YouTube keeps from selling advertisements as its main source of income, it stands next to a typical, mid-tier American TV network. Many will agree that this is not too bad money-wise but being a symbol of this vibrant online economy, it’s a tad discouraging when you struggle to call it an unmatched financial winner.

Google doesn’t break out YouTube’s financials but according to WSJ, the site was struggling due to handing content creators a huge chunk of its ad revenue, constantly upgrading the product itself, and managing this massive internet traffic. YouTube’s costs are massive.

With Facebook around, the heightened competition between the two giants makes YouTube that’s a more important strategic asset rather than a money machine. In a world without YouTube, Facebook could have easily taken over the video sector, thus usurping Google as the leader in digital advertising.