TECH NEWS: What the rise of TikTok says about different generations as we know them 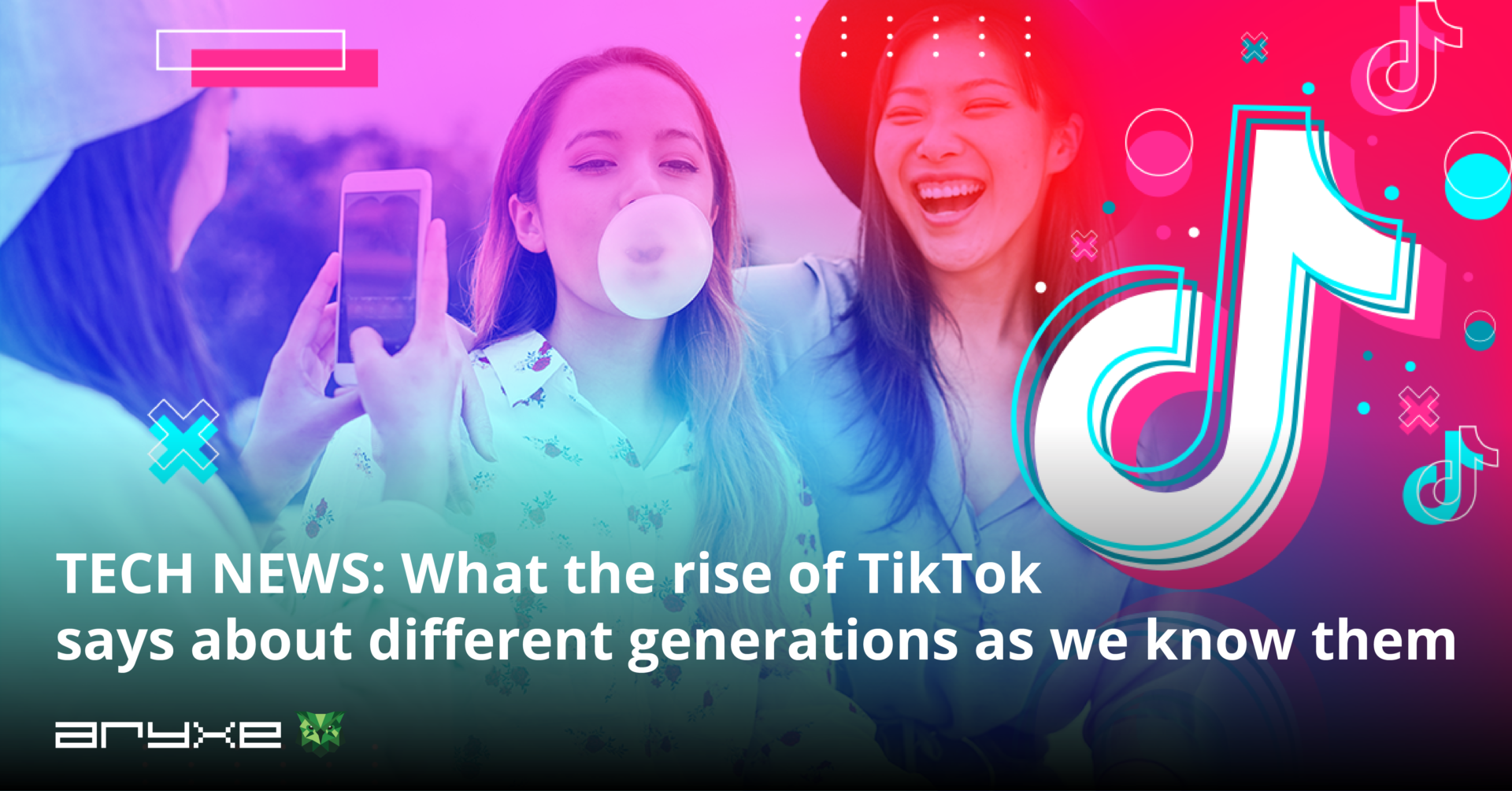 Today we’re bringing to you another piece as part of our new, Tech News, series in which we are eager to talk about TikTok and the way different generations perceive it.

There will be skeptics to the notion of a generational gap but the concept of a generation has a lengthy history, which can be found in ancient literature, and there are certain psychological and sociological dimensions in the sense of belonging and identifying yourself to a certain generation, which helps define them. The digital world gave us means to broadcast our thoughts and feelings to the world and lately, there have been some generational wars going viral so we have decided to do a bit of detective work and see what that’s all about.

Baby boomers, Gen X, Millennials, Gen Z – it’s a lot to keep up with, isn’t it? Leaping into a massive generalization here, we can say that just a closer look at how those who belong to the said generations use social media will shed the light on their differences. Baby boomers are practically scared from the word TikTok but they can’t help themselves when it comes to gushing all over Facebook. Millennials, on the other hand, are mostly known for their commitment to the creation of the perfect “me, myself and I” brand on Instagram, curating their feeds carefully and watching the analytics results regularly. Therefore, spending hours scrolling through TikTok videos are reserved for the Gen Z who blatantly hate baby boomers for consuming all the world’s resources, but they also nurture the same feeling towards Millennials claiming that they are the so-called “underperforming” generation. In the Gen Z eyes, Millennials were supposed to be louder and care more about saving the climate, starting revolutions, and changing the world around but instead, they dove into the me’ing on Instagram.

When it comes to generational traits, you may notice that Gen Z is a bit opinionated when it comes to different generations but it’s also interesting that their hate is rarely aimed at Gen X, the forever-forgotten middle child. Additionally, it looks like TikTok is flooded by the old ‘90s themes such as self-savagery, anti-commercialism, openness on the topic of mental illnesses, and a pungent disdain for the rich, so they seem like they got themselves a generation they don’t actually loathe and it’s the Gen X.

How does TikTok fit into this picture? Well, not only do the Gen Zers use the app for fun, but they also use it to poke fun at other generations and for their own self-identification purposes.

While the term “millennial” is routinely used with derision, to signify a generation that is supposedly spoiled and more hyped up about their five-dollar lattes than home-ownership, Gen Zers seem to be pretty proud of their label. Generation Xers, on the other hand, are pretty silent about their thoughts but they are giving into the idea of being a Gen Xer and occasionally referencing kitschy childhood stuff like Garbage Pail Kids.

There are actual generational wars being led on TikTok where people are standing up for their generation and creating videos mocking their predecessors and successors. But, as we all know, not all generations find TikTok to be a platform of their liking so there’s a bit of bias going on there, knowing that mostly Gen Z and Millenials are on it.

Although these results included survey responses from the US only, it paints a clear picture on which generations use TikTok predominantly. 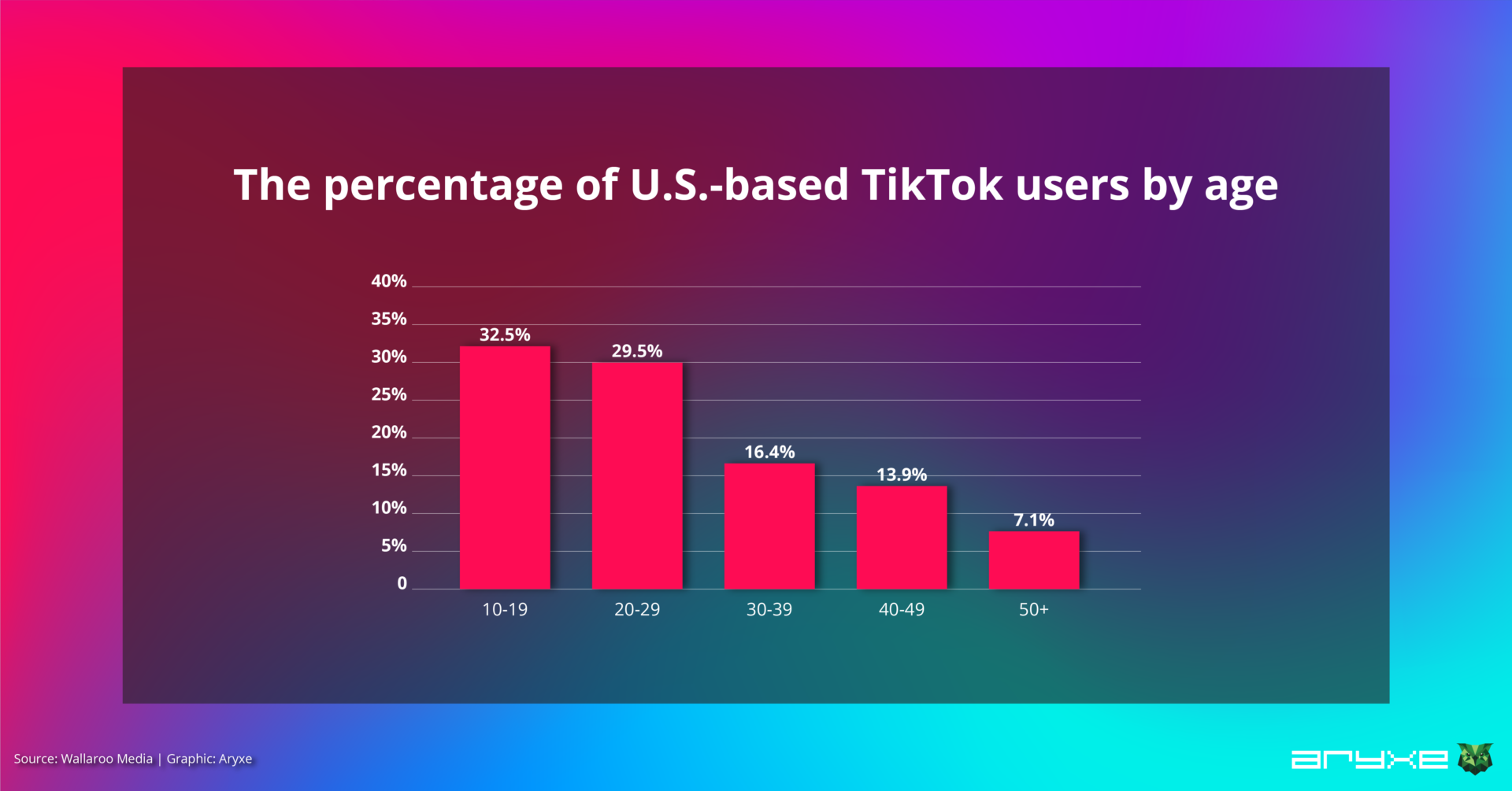 No matter if you believe in generational gaps or not, it’s pretty evident that generational animosity exists, on TikTok at least. It is hard to pinpoint whether TikTok created it or if it only fanned the existing flames between generations. What is clear for sure is that TikTok represents the apotheosis of a digital shift that divides millennials, the generation who lived through the dawn of social media, and Gen Zers, who have never known life before complete self-digitalization.

Of course, these are all great generalizations, which is the reason why people take it personally when you talk about them, and the exact reason why these viral wars have been going on for some time. TikTok is thriving on these and it’s the perfect platform for it, too!

The pandemic has driven much of TikTok’s growth worldwide but even before the lockdowns and shelter-in-place were enforced in numerous countries, the app was quick to make strides. In the United States, users were already spending more time on TikTok in 2019 than on any other platform except for Facebook, according to Comscore.

eMarketer predicts steady growth for TikTok so it’s safe to say that new generations, starting with generation alpha, will probably start crowding the app soon enough for us to see their mannerisms and traits. We may have to wait on that a bit longer just because tech giants Google, YouTube and TikTok decided all to follow Instagram’s footsteps with increased protections for minors. Just recently, TikTok has rolled out a series of changes to the product and services with the goal of increasing the privacy and security of accounts that belong to teenage users that are under 18. If you have a minor who enjoys scrolling through TikTok videos, you’ll see them frown upon the “after bedtime” hours push notification flashing in front of their screen.

Read next: Event – WHAT IS NEXT? How hotels and restaurants can use the momentum after the Bulgarian Presidency of the Council of the EU?
Share in Facebook Share in LinkedIn