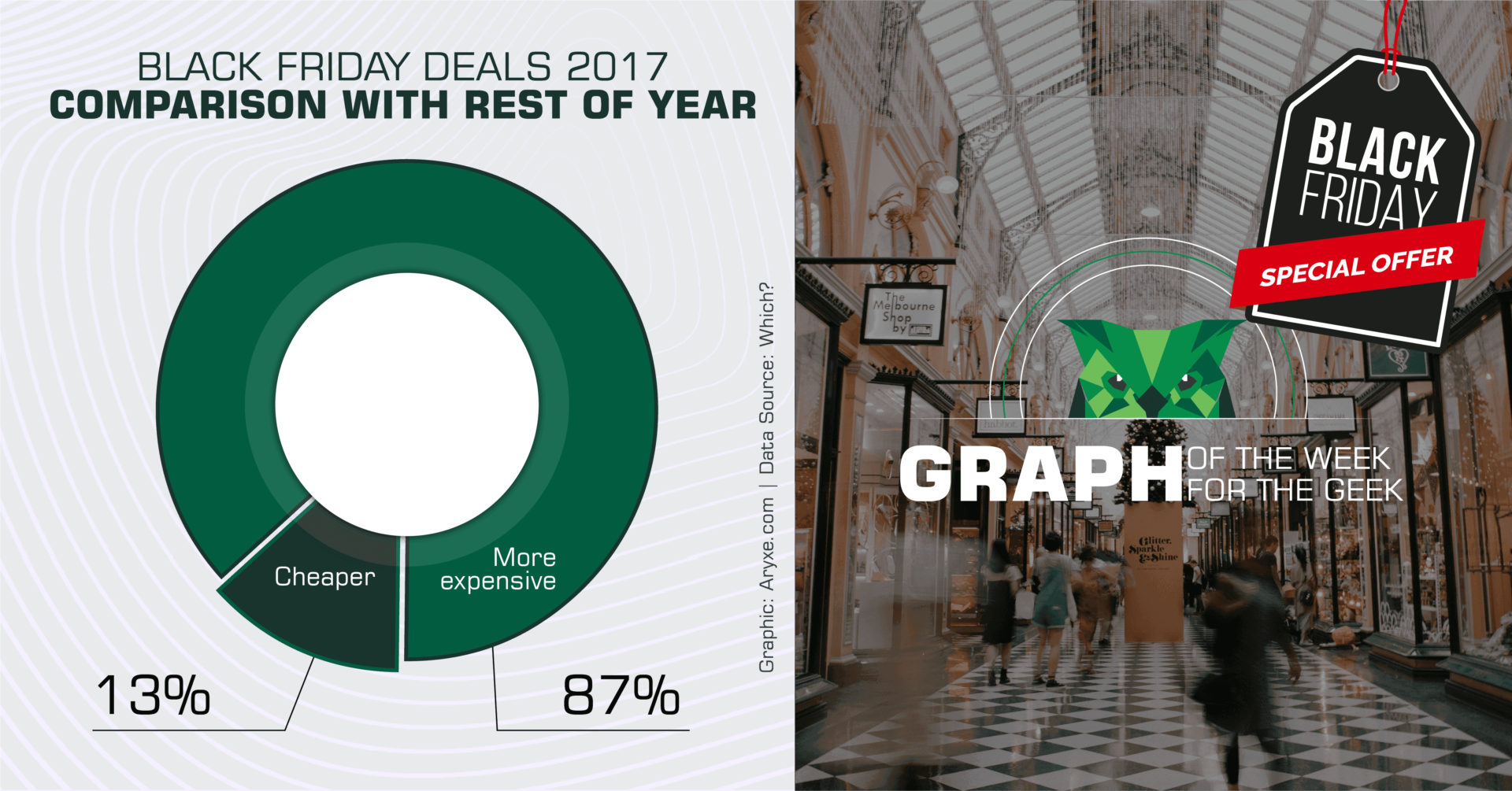 Black Friday is historically known as the single day in the year when retailers slash the prices of their products in an attempt to give buyers with the hottest deals. This has prompted many sellers to launch weeks-long campaigns before or after the day and many customers to spend hours browsing for the biggest discounts online and in-store.

The latest research from the UK consumer group Which? shows that this hype is often fabricated and the special offers are rarely the case. Findings investigated multiple items across technology, home and personal care products and concluded that a whopping 87% of all deals on Black Friday are actually cheaper or sold at the same price at other times of the year. Only 13% of the 94 popular products which were tracked were more expensive six months before or after the shopping extravaganza. These include frequently bought items, such as TVs, cameras, laptops, and fitness trackers which are often marketed with the biggest “bargains”.

The promise for the best deal is what motivates many customers to take part in the campaigns of retailers. Nevertheless, more and more shoppers become wary of the countless discounts found in shops. Consequently, trust in the deals retailers offer has significantly decreased and prompted many retailers to also show more information about the discount, such as the price change history of the showcased products.

Despite the warnings from consumer groups, shoppers are expected to make sales worth billions on the Black Friday and the Cyber Week period.