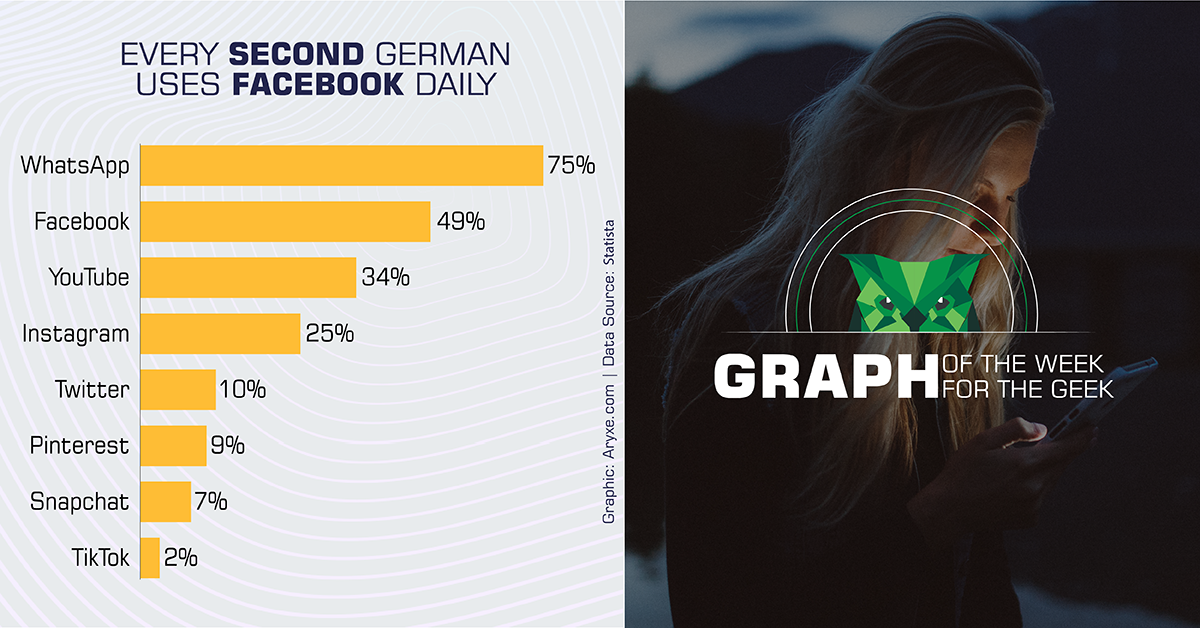 Whatsapp and Facebook are the most popular social media in Germany. According to a recent study by idealo.de, the majority of Germans use these two social networks on a daily basis.

In the survey of 1,037 Internet users, 75 percent stated that they access Whatsapp every day. Almost every second German surfs daily on Facebook (49 percent), as the Statista chart shows. In third and fourth place are YouTube (34 percent) and Instagram (25 percent).

The Chinese app TikTok has not yet reached the masses in Germany. It has been the successor to Musical.ly since August 2018. The target group is primarily teenagers.