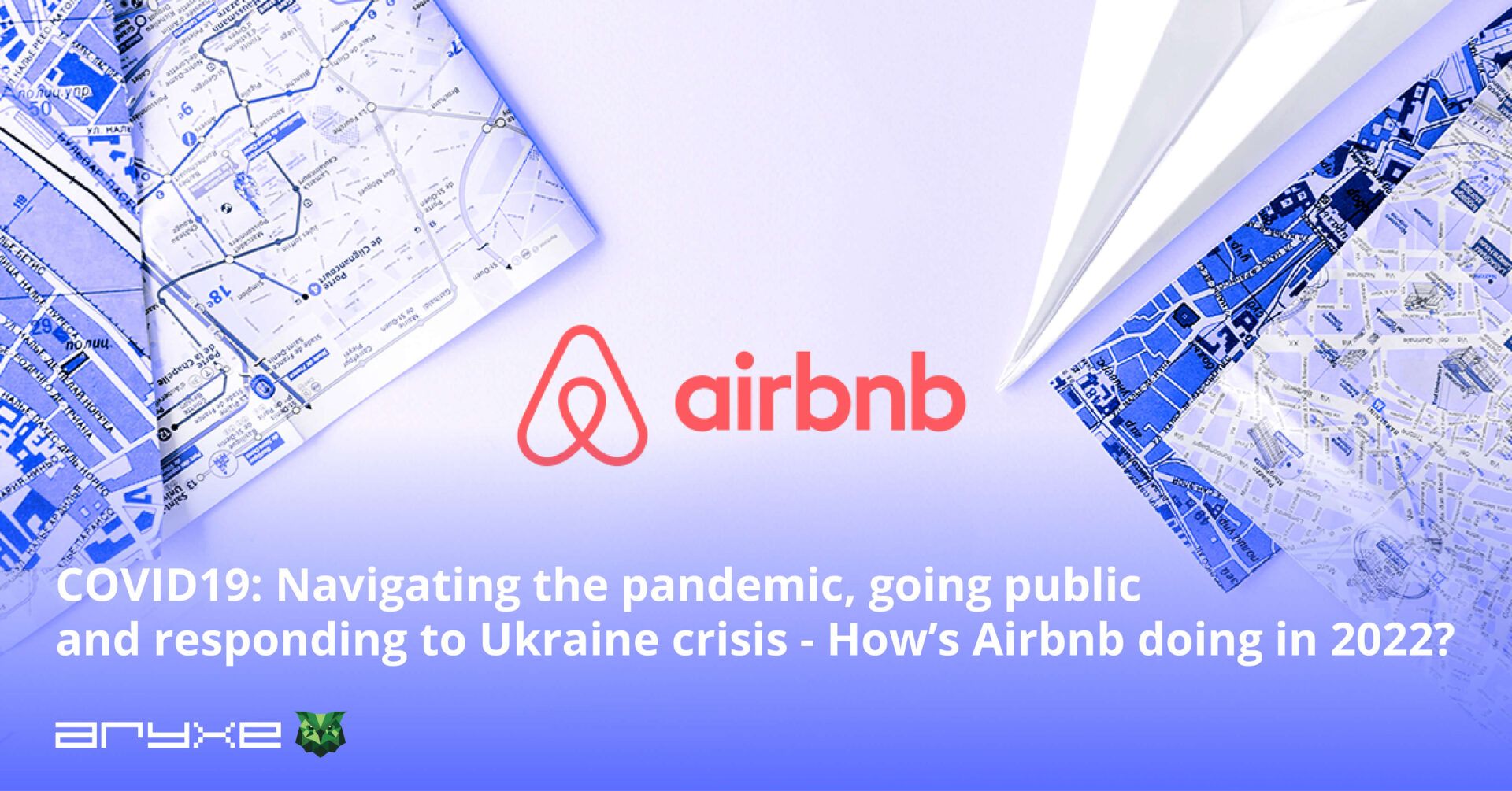 Covid19 was nothing short of devastating for several businesses and industries. Airbnb, being an online marketplace for lodging, homestays, vacation rentals, and tourism activities, was no exception to this. In fact, during the first wave of coronavirus, Wired UK went ahead and speculated that Covid19 might be Airbnb’s torturous end. The numbers spoke for themselves back then, along with the airlines, hotels, and travel agencies grappling to survive this apocalyptic situation, Airbnb also had a disastrous Q2 with a 72% loss of revenue, lay off of 25% of its workforce, a slashed valuation and an increase in about $2 billion in high-interest debt. None of this should come off as a surprise though. We have all witnessed various measures at the onset of the crisis. Travel was the last thing on people’s minds. According to AirDNA, an online rental analytics firm, Airbnb’s new bookings were down 85%, and cancellation rates rose to around 90%. Revenue was down 25% YoY, thus erasing $1 billion in bookings.

Given such a bleak backdrop, it was somewhat surprising when Brian Chesky, Airbnb’s CEO, announced that the company would go public in December 2020, amid the coronavirus crisis. And they did just that on December 10th, 2020.

Initially, shares were ranging between $45 and $50 per share. The prices climbed up to $50 – $60 the day before listing and at the time of the listing, the final share price was $68. Airbnb’s hope here was that the IPO will bring in fresh cash for the business of up to $3 billion and, if successful, increase Airbnb’s valuation to around $43 billion.

Typically, businesses stay away from launching IPOs during economic slumps and catastrophic events. Instead, they try to launch IPOs during a secure phase of sustained economic growth to luck out from the confidence in the market. Airbnb’s decision to go public during a global pandemic crisis was nothing short of bold and nonconformist. This risky yet genius move to go public in the middle of a business gloom attracted exceptional attention.

Airbnb is a well-known and respected name in the world of travel. It has a strong brand and a very loyal customer base. And, if we look at the numbers with utmost attention to detail, we’ll see that in 2019 and 2020, there were drops across the board, but Airbnb stands out among all its closest rivals, such as booking.com and Expedia, with the least decrease in percentage terms.

There is yet another thing to it, at the time when Airbnb went public, in December 2020, markets across the globe started reviving. Latin American, African, and South-East Asian travel destinations, in particular, started slowly reopening for business as Covid-19 vaccines were announced. The news of the vaccines boosted both hope and confidence in a return of the business as usual, which led to an increase in the valuation of shares among the travel industry primarily. Apart from Airbnb, Easyjet and Jet2 shares went up by more than 40%.

Knowing the company’s early days and its incredible founding story, we can’t but appreciate and admire Airbnb’s bold decisions and its continued positive results.

In May 2020, Airbnb made a painful decision to lay off 1,900 employees, which made almost a quarter of its workforce. Airbnb’s market valuation fell from $31 billion in 2017 to just $18 billion in April 2020. But with a market value that touched $60 billion just minutes after trading began on December 10th, 2020, it seems like it is safe to say the company is poised for another round of rapid growth.

Despite the immense setback travel and tourism industry had over the past couple of years, we are hopeful for a much faster recovery compared to any other market or industry segment. There are two reasons to back us up here. First, there is an undeniable psychological yearn for travel and holidays after the events that kept most of us at home for longer times than usual. Secondly, in spite of layoffs, furloughs, and general unease in the workforce, there is a large portion of the working population that saved up a significant chunk of their income by not spending it on commuting, dining out, and other leisure costs that are a natural part of our lives today but have been put on hold due to the coronavirus.

The Airbnb IPO has been positioned boldly right at what seemed to be the beginning of the recovery, especially in Europe, and the improving market conditions further encouraged the last-minute share issue price. This resulted in the successful IP, which brought in the needed cash flow to feed the company’s relentless growth but not only. This bold move proved to be a sign of great quality in Airbnb’s strategic leadership, which additionally established its dominant position in the online leisure and travel business for years to come.

Strong Q1 and the continuance of the momentum

The company benefited from the remote work trend and people renting out local places to keep on working unfettered. Brian Chesky said that “There’s this entire acceleration in this new category of travel, which is that people are less tethered to an office, so they can now live anywhere,” during a conf call with analysts, which sounds promising for Airbnb’s future given that we are almost entirely sure remote work is here to stay even after we officially wave goodbye to the coronavirus pandemic.

Prices charged by hosts have been pushed up thanks to the strong demand, with daily rates averaging during the Q4 in 2021 at $154. The company expects the higher rates to continue acting as a bolster to Q1 results which are already looking great.

Colin Sebastian, Baird Equity Research analyst, said that the “Positive ADR trends into early 2022 should alleviate fears of a more rapid normalization in pricing”. And, Airbnb reported it expects Q1 revenue between $1.41 billion and $1.48 billion, higher than analysts’ estimates of $1.24 billion, according to Refinitiv IBES.

Airbnb’s response to the Ukraine crisis

On March 4th, Brian Chesky announced Airbnb’s decision to suspend operations in Russia and Belarus, which follows Airbnb.org’s announcement that it will offer free, short-term housing to up to 100,000 refugees fleeing Ukraine.

Airbnb even created a page where anyone interested in getting involved with Airbnb.org to support the refugees could go to. Until March 4th, Airbnb reported seeing an overwhelming response to this effort, with more than half a million visitors to this page.

Last but not least, as part of the efforts to support the community members in Ukraine who will remain in the country, Airbnb is temporarily waiving guest and Host fees on new bookings made at this time. The same report said that on March 2nd and 3rd, they already saw over 61,000 nights booked in Ukraine around the world.