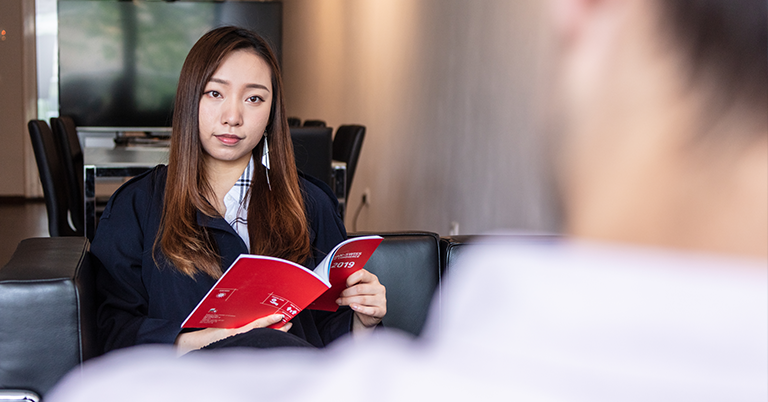 We are pleased to introduce to you one of the new members of our team – Na Cheng. Na has just joined Aryxe as a Strategic Planning Manager and will make sure we bring Aryxe marketing to the next level. She has a broad range of experience in the field of marketing in both Asia and Europe and undoubtedly will be able to make a positive impact on our business development.

I come from China, however, I am not a typical Chinese. I went to Singapore for senior high school when I was 14, then I came to Europe for further studies. On top of my mother tongue Chinese, I speak 3 languages fluently, English, Bulgarian and Portuguese. My biggest hobby is to travel around the world, among all the 42 countries which I have been to, it`s hard to choose one favorite since every single place has its own fascination. I also love challenges, even though I have acrophobia I went to skydiving in Australia because I believe what doesn’t kill you make you stronger!

It`s surely the most frequent question I have been asked so far in Bulgaria. Frankly, there was no specific reason for that, I have found this small wonderland accidentally, I guess it`s just my destiny to be here!

Thanks to Aryxe for giving me the second chance to be back to the country that I have lived for 6 years. By the time I was working online and traveling around the world at the same time, an old friend has reached out to me and asked if I am interested in working in a Swiss company.  After the interviews, I started to realize, I might have found a company in which I am eager to dedicate myself to, I see a lot of potentials in this startup. Besides, Marketing has always been an irresistible passion, full of creativities and ideas. Being the strategic planning manager reminds me to keep learning, exploring and brainstorming, most importantly, put my accumulated 4 years Marketing experience and wise knowledge into beneficial use.

I would say there is a massive difference regarding the mindset between Asians and Europeans. The way of running a business through various approaches should conform to the market need. For instance, Social media plays a major and indispensable role in Digital Marketing, in China, the most commonly used platforms are not Facebook neither Instagram nor WhatsApp, due to the restriction of the PRC Government Regulations, same applies for Google. Therefore, those well-known digital marketing strategies such as Google AdWords, Facebook Instagram ads are not working at all in China. Instead, there are other featured strategies to keep the business growing. Nevertheless, at the end of the day, the ultimate goal of all companies is to develop and retain profits.

From the perspective of a frequent Chinese social media user, it is a perfect stress-release means for everyone in such a dynamic and competitive society. Comparing to the traditional social networks, live videos provide even more authentic and spontaneous freedom of expression. I highly advise that Video Digital Marketing is indispensable. Here are 2 major video media strategies recommendations:

First and foremost, live streaming has been a primary priority as a new Sales engine for e-retailers during the past 2 years in China. For example, in Taobao (Aliexpress is known globally), China`s biggest online shopping platform, there is an eye-catching function called “Live broadcast”. Surprisingly, even if you open the app at 5 am, there were already tons of live broadcasts: models trying new outfits and explaining the material, the texture and how it looks in real before all the photos being perfectly photoshopped; one eating noodles that she’s selling while talking with her audience; one showcasing different rings on her fingers. As for Taobao’s live broadcasting aims to directly convert viewing to purchasing and charges commission from the sales.

In 2017, Taobao said their live broadcasting platform realized more than 50% conversion rate. The top seller has over two millions of followers, making 25 million RMB ($4 million) a year. She sold 70 million GMV during a 5-hour live broadcast, setting a record. Following Taobao, all the other e-commerce companies in China have added live broadcasting to their platform, making it their number one investment priority. Obviously by combining e-commerce platform with live broadcasting for the shops on their platform is a super-efficient and trustworthy marketing strategy. As the same strategy can be applied to not only e-commerce industry but also those who live-broadcast their daily life, playing video games on the live streaming platform, by making money from advertisement and rewards paid by the audience to their favorite hosts. I definitely believe it can be brought to the European market for good use as well.

Secondly, the newest trend from last year, platforms of sharing and creating short, real and one-off videos, such as Tiktok, 抖音 in Chinese, ranking as the world’s No.1 most downloaded iOS app surpass Facebook, YouTube, and Instagram last year. It was developed in 200 days, and within a year got 100 million users, In July 2018, the app had more than 500 million users globally, with more than 1 billion videos viewed every. It is available in over 150 markets, and in 75 languages. through user`s interactions with the type of content, display a personalized feed on the wall of each user`s account. This application allows users to create short music videos of 3-15 seconds, the advantage of this limit allows the users both to view and post faster than any other video sharing apps. TikTok employs artificial intelligence to analyze the user’s interests. So people always find the time, even just 2-3 minutes to view a few entertaining videos or some useful tips based on their preferences. The downside could be most of the users easily and rapidly get addicted to this app. Given the fact that shorter content also results in a higher frequency of going viral in a shorter time.

It also provides corporate accounts for brands. These accounts allow the brands to publish directly to their followers to build brand affinity and engagement, to share promotions, and to extend integrated media campaigns.

In the case of Tiktok, It’s not been all smooth growing though, in addition to the increasing pressure of being highly addictive, the app had made international headlines last year after it supposedly “banned” kids cartoon character Peppa Pig from its platform. Some users claim that it is overwhelmed by advertisements and watered-down by brands too eager to be famous. Successful video clips are duplicated over and over, and there are less fun and unique videos than before. Indeed, popular video clips are often copied a lot, resulting in less original, and lower quality video clips on the platform. As all Chinese social media could appear and disappear within a few months, this is a question not only for Tiktok but also for brands that want to stay top-of-mind for consumers across social platforms. In all Tiktok has created a strong foundation, and if it can keep content fresh and authentic for its users, it will continue to grow both in China and internationally.