How worried should Instagram be over losing its “pipeline” – young users 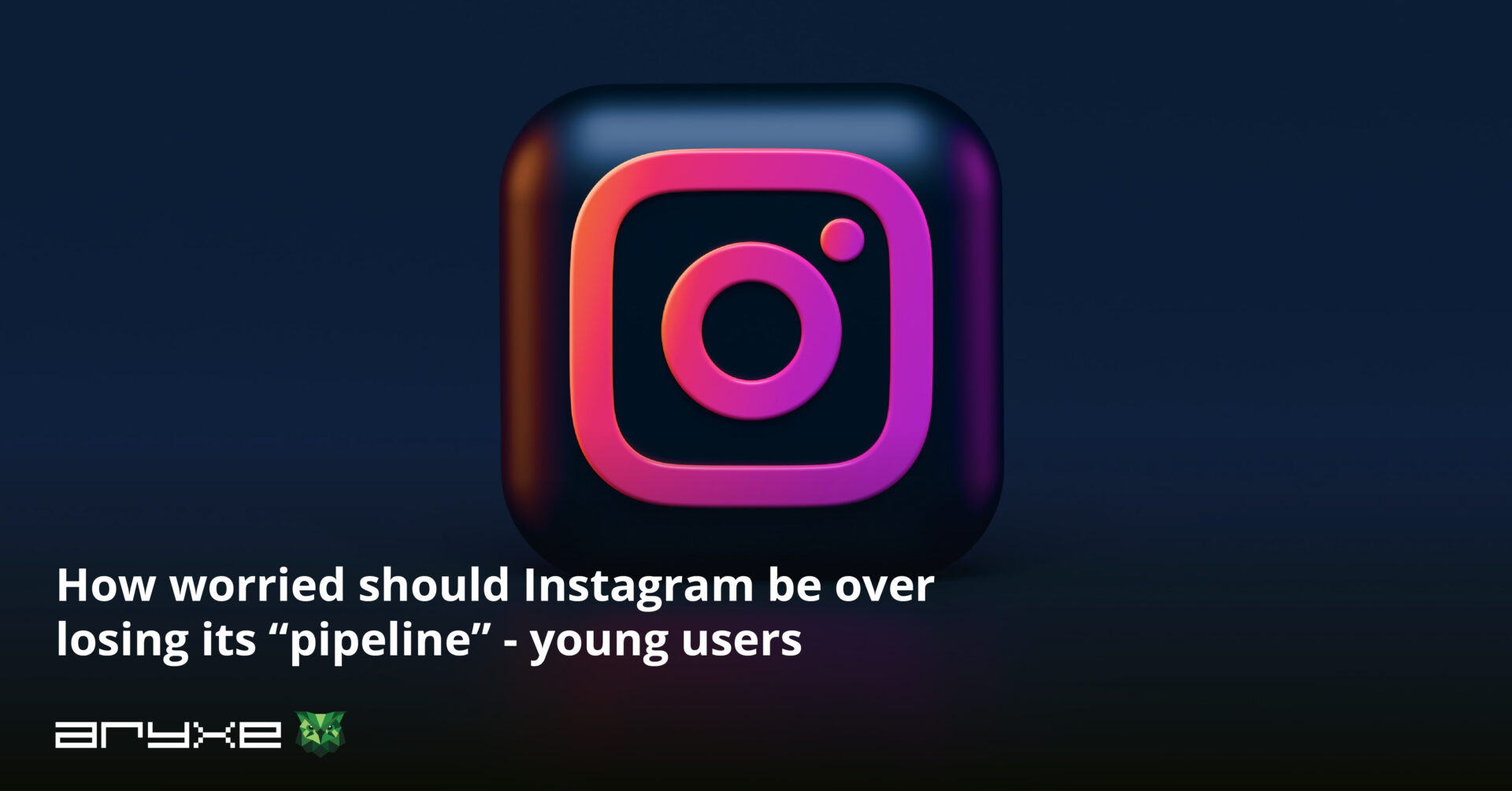 In 2018, Instagram reached one billion users and its Chief Executive, Mark Zuckerberg, referred to it as an “amazing success”. The app owned by Facebook was widely-hailed as an absolute hit with young audiences and glorified as a growth engine for the social network.

And even then, as Mark Zuckerberg was praising Instagram and its tremendous success, the app was privately bewailing the loss of teenage users to other platforms, referring to it as an “existential threat”, according to a marketing presentation held in 2018.

Knowing that the issue had become extremely urgent, since losing its teen users meant losing the pipeline, they geared towards targeting teenagers, mostly through digital ads. They left little to chance, and in 2018, they dedicated nearly all of their global annual marketing budget to this endeavor.

Experienced marketers know that targeting such a narrow age group is considered highly irregular. The Instagram documents that have previously not been reported revealed just how desperate Instagram was as it was wrestling with the thought of losing young users. Their unusual spending measures geared toward getting teenagers’ attention back are just one of the many signs of the level of angst and dread. The documents showed that it particularly highlighted the category named “early high school”, which classifies as 13-15-year-olds. Maybe they would have gone even further but the law states that users must be over 13 years old.

And hey, maybe they were just too anxious for Instagram not to turn into a rerun of Facebook’s death, and get flooded by the silver-haired users, officially marking the demise of one platform. Facebook’s aging user base was supposed to be a blow softened by Instagram’s enticing young nature. The documents also state that Facebook has since then abandoned the idea of becoming a go-to platform for teenagers, just as Instagram has increasingly been targeting young audiences.

It goes without saying that the above-stated disclosers weren’t of any help when Frances Haugen, Facebook’s whistle-blower, testified at a Senate hearing over Instagram’s effects on users’ mental health. She specifically underlined that Facebook deliberately kept its users, including children, hooked to its services.

Young users are highly-prized in the internet industry, which Instagram’s fears and related actions only confirm. Their attention is at the same time extremely elusive, even for an app that’s itself still young. Instagram has plenty of teenagers on the platform still, but its rivals such as TikTok and maybe even Snapchat keep breathing down Instagram’s imaginary neck. 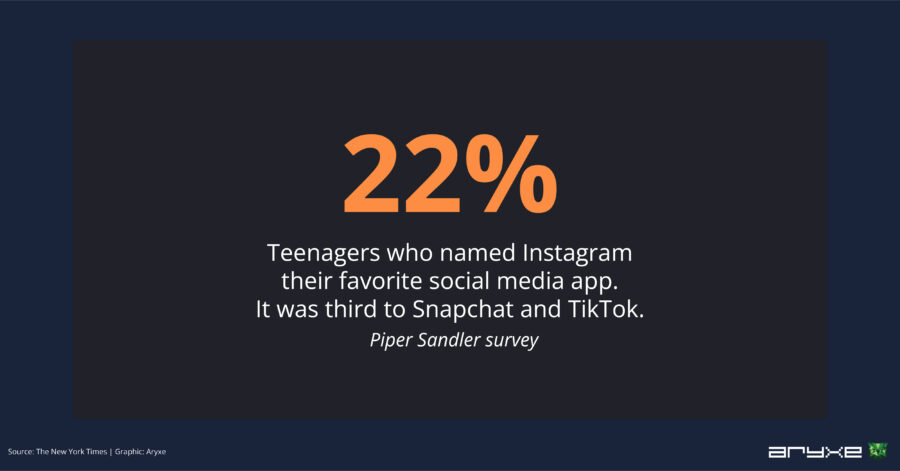 Instagram remains the largest of those platforms, with over 1.2 billion users, while TikTok is  currently at around 1 billion users and Snapchat at 500 million. But, the survey launched last year by Piper Sandler, a financial services firm, shows that roughly 35% of teenage users said Snapchat was their absolute favorite among the three platforms, followed by 30% who ended up choosing TikTok.

We all remember Zuckerberg’s failed attempt of buying Snapchat to increase Facebook’s appeal among teens. As a result of this failure, the company decided to attract teenagers with apps it already owns, such as Instagram. Launching the Insta Story feature was part of that plan, essentially a copy of Snapchat’s key feature, allowing users to take videos and photos and post them as a 24-hour status update.

After rolling this out, in a July 2017 presentation focusing on the review of a marketing campaign for the Insta Stories feature, they found that college-age students were the ones who found this feature interesting, while 13 – 17-year-old didn’t respond to it. 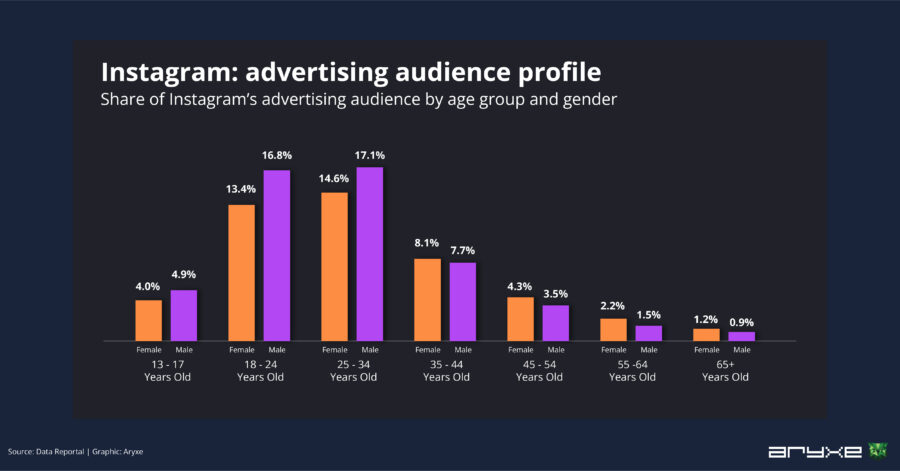 In fact, the driving power of Instagram relies heavily on a portion of Gen Z and Millenials. According to DataReportal numbers, they are the pillars of Instagram’s advertising audiences and marketers are aware of that.

Instagram’s point of focus is the “teen time spent” data point and their goal is to drive up the time teenagers spend hanging out on the app, using features such as Insta Live, Instagram TV, and Reels for that purpose.

A report specifically says that this money was slated for marketing categories such as “establishing Instagram as the favorite place for teens to express themselves” and cultural programs for events like the Super Bowl, according to the internal documents obtained by New York Times.

Still, new generations seem to see Instagram’s highly curated feeds based on aspirational and performative culture as a snooze fest and they are tired of it.

“Teen time spent” dipped when the pandemic started to quiet down

The pandemic has had its influence on the usage of social medial platforms as well. In turn, the higher usage numbers have only increased concerns over teenage users on Instagram, even among Instagram’s execs, who are not authorized to speak about it publicly. 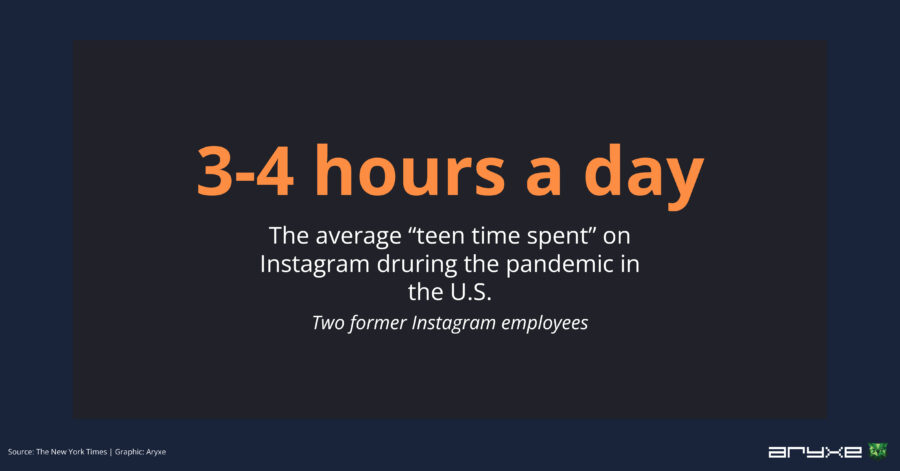 As the pandemic was slowly quieting down, the bump in new teenage users was coming to an end. In fact, “Teen time spent” – a term denoting the number of hours teenagers spend on Instagram, has also dropped. This dip was yet another alarm because the platform relied on teens spending at least 3-4 hours a day on the app, which is almost double the time adults spend on it.

Naturally, there are two sides to every story, so it’s only fair to mention that Antigone Davis, FB’s Global Head of Safety, disputed the idea that Instagram was harmful to teenagers, pointing out research showing that teenagers actually had positive experiences on the app. In addition to that, Liza Crenshaw, Facebook’s spokeswoman stated that Instagram did not indeed focus the entire marketing budget on teenagers and that narrow targeting in this case made sense since teenagers are the ones who set trends and spot them, thus making them one of the most important communities that they need to focus marketing efforts on.

While there are legitimate concerns over the allure of Instagram among its users, it remains a great and important channel for advertising (which might also be the reason why users keep quitting it). 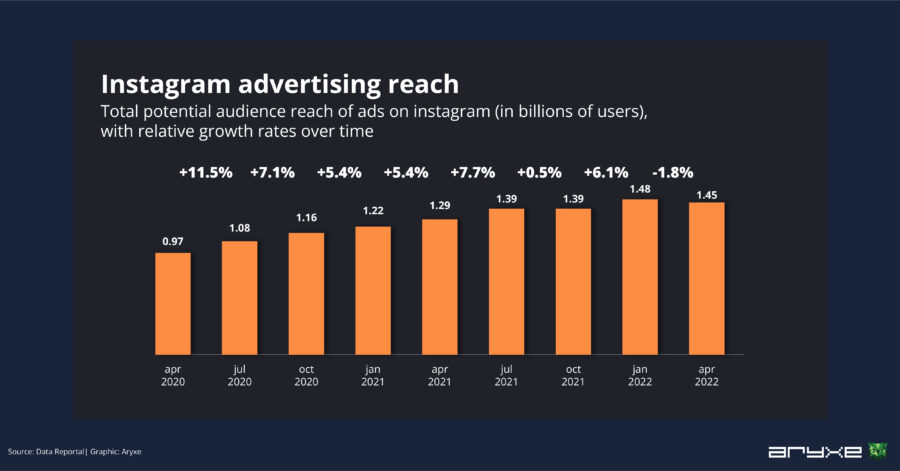 And let’s face it, Instagram will slowly die over time, just as Facebook did. And still, it won’t discontinue being somewhat relevant, valuable, or important for small businesses and people who need it for work for many years to come. It’s hard to tell what the outlook for Instagram is but the reality is that the bigger the company, the harder the pivot.

It’s already becoming very clear that it’s impossible for Instagram to keep up with TikTok and even when it tries to do so, it gives out a feel of a copycat, not an innovator. The platform will surely be around for a long, very long time, but most likely in a seriously diminished form.

Did you know that…