Dortmund is More Than Just About Football! 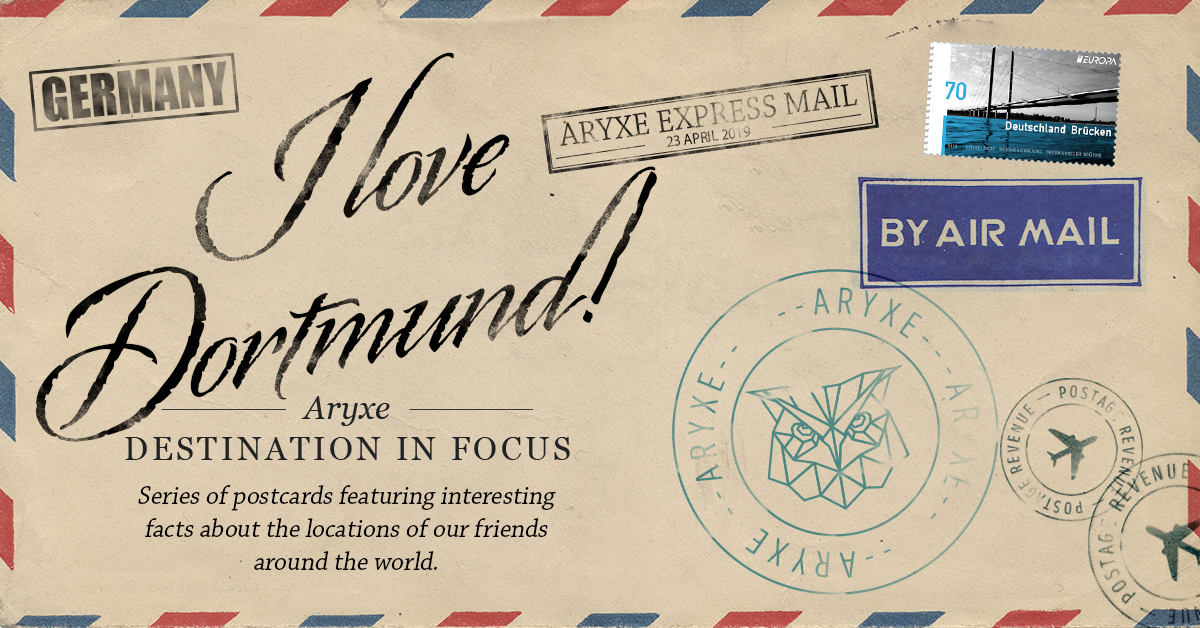 Dortmund is a city in the northwestern area of Germany. It was founded in 882. The city has about 600 thousand people, its population makes it the 8th largest city in the country. Dortmund was once powered by heavy industry, is now a high-tech manufacturing city. The old mines, steelworks and breweries are now kept as colossal monuments to the booming post-war period.

A small village with the present location Dortmund is described in an official document of 880 under the name Trotmani. Later it was destroyed by fire but restored in 1152 by the Emperor of the Holy Roman Empire, Frederick I Barbarossa. From the Latin word “tres” (German: three) and the Latin word “moenia” (German: wall) was formed the art word Tremonia, which was used by order of Emperor Barbarossa from now on in all Latin documents and also still today the Latin name of Dortmund is.  When Dortmund got its Latin name Tremonia, it was already more than a royal court with a few houses of merchants – by medieval standards already a small town, which a few decades later became a free imperial city.

Climbing Up the Florian Tower

Strolling Through the Rose Garden in Westphalia Park

Dortmund is well-known for its lovely nature parks, that’s why the city has been referred to as a “Green Metropolis.” One of the parks that is located in the city is called the Botanischer Garten Rombergpark; this park’s total area is 65 hectares and is home to thousands of species of plants. The Deutsches Rosarium has 3,000 different rose varieties but also stages annual events like the electronic Juicy Beats festival in summer and the Lichterfest (Festival of Lights) in winter.

Having A Beer in One of Dortmund’s Breweries-turned-pubs

As the former beer-making capital, Dortmund’s old breweries have been given new life as local pubs. The Mendoza or Wenkers am Markt are good bets for a place to enjoy the Dortmund brew.

Even if you only have a passing interest in the sport you have to experience this 81,359-capacity stadium. The Signal Iduna Park is the second largest club stadium in Europe and acquired its dimensions at the start of the 2000s with a redevelopment that almost bankrupted the club.

If you never thought a colliery could be beautiful, wait until you see Zeche Zollern, which has stylish Art Nouveau elements from the turn of the 20th century. The Berlin Jugendstil architect Bruno Möhring designed the central machine building, fronted by a stained glass window with blue and green panels. The machine hall’s 100-year-old conveyors, converters and compressors are an exhilarating relic of the steam age.

This high-rise former brewery building has been a Dortmund landmark since 1927. It housed the Dortmunder Union Brauerei, which for a short time was the most productive brewery in West Germany. That trademark “U” on the roof was added in 1968 and stands nine metres tall. In 2010, to coincide with the Ruhr becoming European Capital of Culture, the Dortmunder U was turned into a centre of culture and creativity, hosting the Ostwall Museum, exhibition rooms, a restaurant, an art association and a campus for the Dortmund University of Applied Sciences.

The World’s Largest Christmas Tree at The Christmas Market

At the end of November Hansaplatz and Alter Markt in the centre of city have 300 stalls selling handmade arts and crafts, and Christmas treats like Lebkuchen (gingerbread) and Glühwein (mulled wine). It’s one of Germany’s largest Christmas markets, but where Dortmund really gets into the Christmas spirit is in its decoration. Hansaplatz glows with almost 50,000 lights and at the centre of the square is the 147 foot-biggest Christmas tree in the country.