Immerse in the World of Don Quixote in Ciudad Real 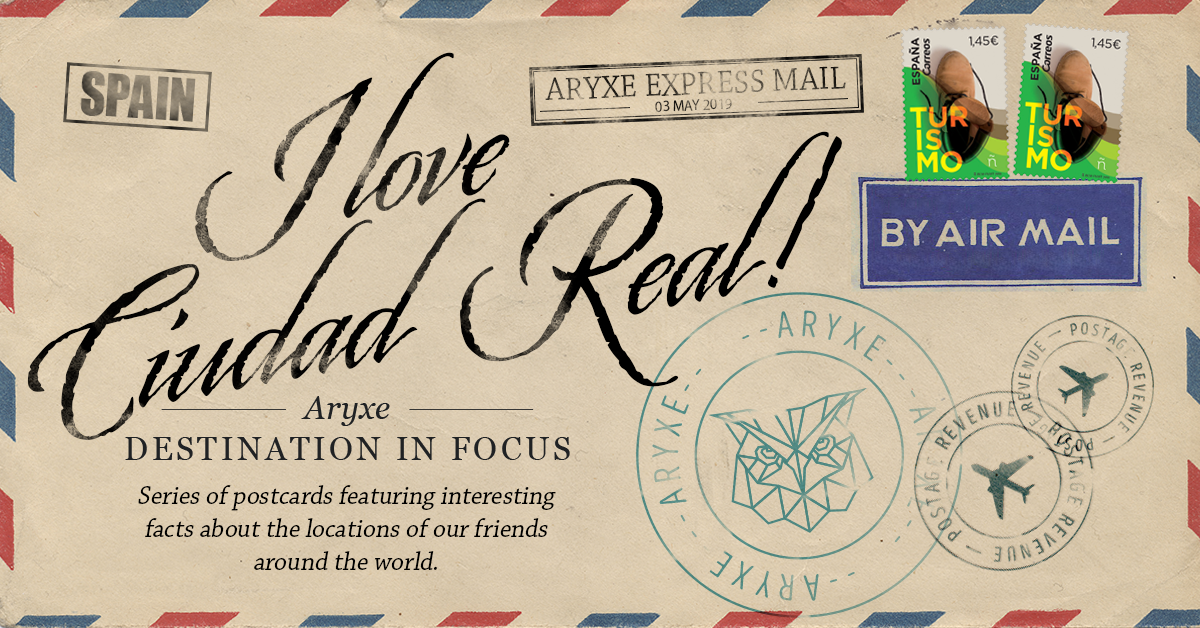 2. It is an urban centre focused on business development, tourism and services, construction, industry and agriculture. Wines from La Mancha and Valdepeñas are produced for both domestic and export markets, while the region also has two national parks: Cabañeros and Las Tablas de Daimiel.

3. Its proximity to Madrid attracts cultural and also culinary tourism—Ciudad Real has a reputation for gastronomy based on local game, cheeses and dishes made from the local variety of aubergines. The rail link has also made it popular as a conference and convention centre, with the Quixote Ciudad Real Convention Bureau being the latest addition. Its old town area features many squares and noteworthy churches, some dating back to the 13th century.

4. Ciudad Real was founded by King Alfonso X The Wise in the 13th century (1255) to fight with the Military Order of Calatrava. During the Middle Ages, four kilometres of walls and one hundred and thirty towers protected a population made up of Christians, Muslims and Jews.

5. After the unification of the Iberian kingdoms under the Catholic Monarchs, Ciudad Real became the capital of the province of La Mancha in 1691. This fact favoured its economic development which was shown by the construction of several important buildings. In 1755, however, an earthquake centred on Lisbon destroyed many of these buildings. Much of the centre was destroyed during the Spanish civil war.

6. Plaza Mayor sits in the centre of Ciudad Real. Today, only two parts of the wall that surrounded the city in medieval times remain standing: The Toledo Gate.

7. Who hasn´t heard about Spain´s most famous work of literature: the adventures of Don Quijote by Cervantes. Accompanied by his sidekick Sancho Panza and mounted on his skinny horse Rosinante, the delusional knight made three forays in the region of Castilla La Mancha to fight his imaginary battles. The best-known adventure is his attack on windmills which he thought to be giants. Don Quijote may be a hero of fiction, but the windmills are very real.

8. A place that cannot be missed on this route is the Don Quixote Museum in Ciudad Real. The displays contain both art and multimedia and seem to bring Cervantes’ fictional character to life. Highlights include 19th-century illustrations from the book, a montage of characters from the book in conversation and a replica of a 17th-century printing press, to see how the novel would have been published at the time. Here you can see interesting reproductions of the characters “talking” to each other.

9. Ermita de Alarcos is the oldest church in Ciudad Real. The Iglesia of Santiago is also the most beautiful and oldest church in Ciudad Real, it was built at the end of the 13th century in Roman style. Its style is Gothic. It has three blocks divided into two parts. It is decorated with gothic paintings and with seven-headed dragons, which were used such as amulets against the bad spirits. The ceiling is decorated with stones forming eight-pointed stars.

10. Another important church in Ciudad Real is Iglesia de San Pedro (Church of Saint Peter). It is the most interesting and typical monument of the city. It was built during the 14th and 15th centuries. Its style is Gothic, and it houses the tomb of Chantre de Coca, confessor and chaplain of the Catholic Monarchs. In the year 1420 the King of Castile and León, Juan the II, gave him the title to Ciudad Real (Royal Town).

11. One of the most popular festivals in the city is La Pandorga, which takes place on July 30 and 31. On the last day of the month, the festival honours its patroness, La Virgen del Prado. The usual attire of the participants consists of jeans, a white shirt, and the traditional handkerchief.

12. The city previously had a handball team, the BM Ciudad Real, which was the winner of the handball EHF Champions League in 2006, 2008 and 2009. The handball club was one of the best in the world and its former hall, the Don Quixote Arena, is one of the biggest in the Spanish professional league.