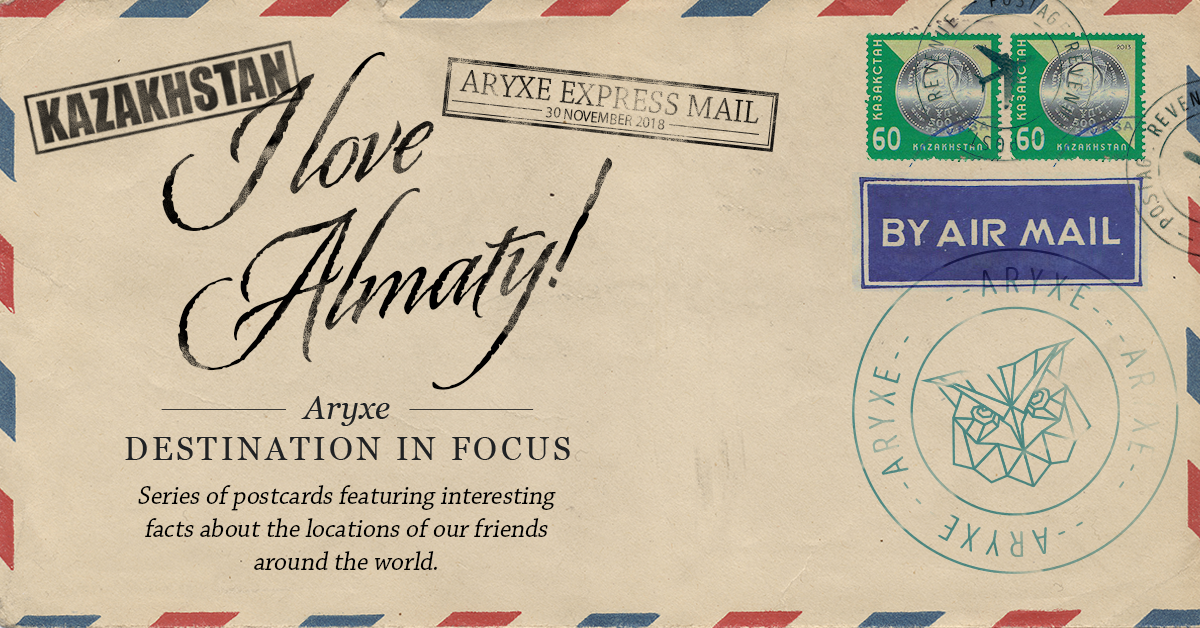 We would like to present you a new series of Aryxe publications in which we are going to explore the locations of our friends around the world. After doing an analysis of the traffic on our website and the geographic regions we do business with, we compiled a series of posts with curious insights about these destinations.

The Destination in Focus today is Almaty in  Kazakhstan. Almaty is the largest city in the country with a population of 1.7 million making it a major trading and cultural centre in the region of Central Asia. A lot of businesses in the service industry, as well as big media companies, are situated in the city.

Formerly known as Alma-Ata, the city hosted the international conference on Primary Health Care which marked a major change in global public health. The goal of it was to shift the focus of governments to protect and promote the health of all people. This was the first declaration which underlined the importance of primary health care and has since been adopted by the member countries of the World Health Organization (WHO). Specific importance was placed on defining health, achieving equality of health, establishing health as a human right and determining the role of the state in primary health.  The Alma-Ata Declaration of 1978 set a major milestone in public health in the 20th century and established primary health care as the key to the attainment of the goal of “Health for All” around the globe.