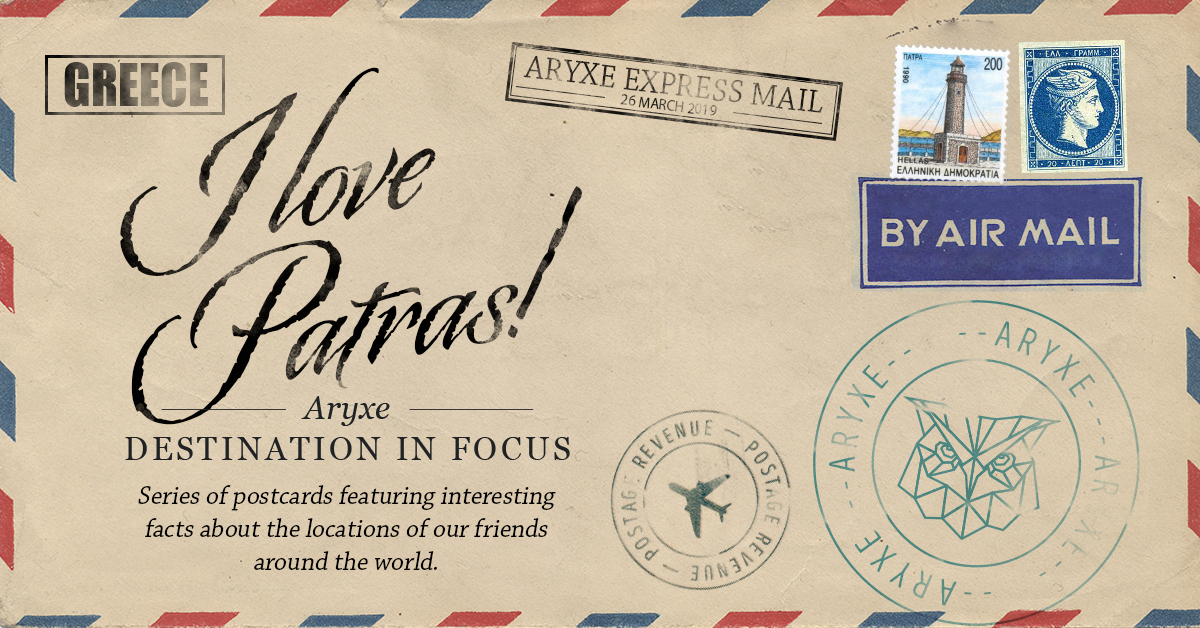 Patras (Πάτρα) is the third largest city in the Ahaya prefecture, located on the south coast of the Gulf of Corinth, on the Peloponnese peninsula, 215 km west of Athens. Its area is 125.4 km². The city is built at the foothills of Mount Panachaikon, overlooking the Gulf of Patras.

The population is about 213,984 (in 2011). Patras is the fourth largest city in Greece (after Athens, Thessaloniki, and Piraeus) and the third largest port (after Piraeus and Thessaloniki). The route is a starting point of regular ferry connections to Italy (Bari, Brindisi, Ancona, and Venice) and the rest of Western Europe.

During the Roman period, Patras became a cosmopolitan center of the Eastern Mediterranean. During the Byzantine Empire, the city continues to be an important port and economic center. Later, the town fell within the borders of the Ottoman Empire and was liberated by French troops in 1828.

The economy of the city includes manufacturing, research, and technology, energy and service sectors. Many companies have their headquarters for Western Greece in Patras, amongst them CBL, Kepenou-Mills, and Peiraiki-Patraiki. The Computer Technology Institute and the Industrial Systems Institute of Greece are headquartered in Patras. The city is also a host to the FORTH-ICE-HT (Institute of Chemical Engineering & High-Temperature Chemical Processes) and the Institute of Biomedical Technology.