How will Brexit impact the fashion industry? 4 likely scenarios for textiles companies. 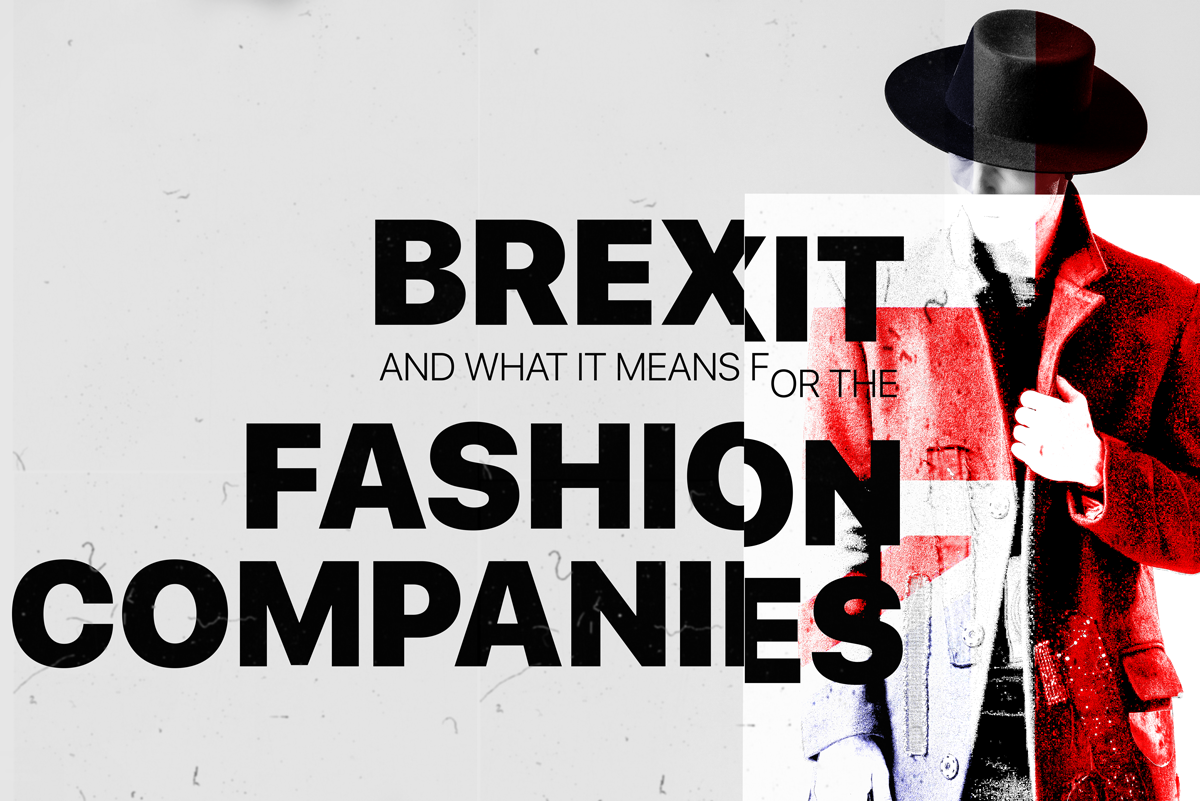 On 23 June 2016 the UK voters made the decision to leave the European Union (EU). What will be the impact of Brexit on the fashion industry is hard to predict yet and it will largely depend on the outcome of the negotiations with the EU. According to forecasts, the consequences could be pretty daunting and multi-faceted. The industry accounts for £28billion of direct contribution to the British economy (GDP) and 880,000 jobs in the textile industry across the country. Because the level of the EU-UK integration is very high, it is believed that Brexit will have a huge impact on the supply costs and profit margins of fashion businesses.

After the 2016 referendum, a number of short-term effects have been observed as a result of the Brexit vote. One of these has been an influx of international visitors who took advantage of the falling sterling. Furthermore, sales performance of luxury brands has been strong, reporting an increase of 30-40%.

Although these are promising figures, there are other major challenges that will put the UK fashion and luxury goods industries under pressure. A rise in the manufacturing costs is expected due to imports of components produced outside the UK, as well as import and export duties combined with currency volatility. Further implications include the shortage of skilled workforce and consequently higher labour costs due to a higher demand. Additional complications include the danger of losing EU funding for emerging brands and an increased supply chain vulnerability.
Here are some key numbers, which might give you an idea about the Brexit impact.

What would be the challenges in particular and the different options available for the textile companies that will greatly depend on the negotiated Free Trade Agreement (FTA) with the European Union? In the following lines, we defined four possible scenarios in the case of Britain turning to WTO terms after it leaves the EU bloc.

You are a mid-size fashion company based outside the EU that uses Britain as an entry point to the union. In regards to customs-related import/export duties and tariffs for goods to and from the EU which may be imposed after Brexit (as well as the time needed to sign new trade agreements with countries outside the EU), it might be beneficial for you to rethink your supply routes and take into consideration bypassing the UK altogether.

Until now, with the UK being part of the EU single market, fashion companies which export their products from the UK were able to apply the “made in Britain” label even though the products have been sourced from other countries. This is possible since the rule of origin refers to the “economic nationality” of the good based on where it was obtained, manufactured or where the last substantial transformation activity took place. However, the extent to which a product has been manufactured in Britain post-Brexit would become important to determine, considering the customs duties and the rule of origin. In other words, there will be a number of potential issues when enforcing the rules of origin with respect to the future trade between the UK and the EU.
A possible future complication could be the great amount of paperwork associated with the described process. Every exporter will have to determine whether their goods originate from the UK or abroad, which also means they will need to understand concepts such as preferential and non-preferential origin, percentage rules etc. Furthermore, customs delays could be expected since the infrastructure to process a large number of transport vehicles per day is not existing yet. Therefore, as a fashion company, you would have two avenues to cope with the situation: either you stay in the UK and prepare to face problems in the upcoming months or you take into consideration a production shift to another EU country.

If you are a fashion start-up willing to apply for certain EU funds, such as Horizon 2020, you may lose your funding post-Brexit. At this point, it is not clear whether the UK will step in order to recover the lost EU funding. Therefore, you might want to develop your start-up somewhere else in the EU in search of securing the provided funds.

The issue with intellectual property will be central for the negotiations since the current European trademark system is a dual one, meaning that the EU trademarks co-exist with the national trademark systems of the different EU Member States. In other words, a registered EU trademark or design copyright is automatically protected within all 28 EU members. Once the UK leaves the EU, this trademark will no longer apply within the UK. Having this in mind, if you are the owner of an existing EU trademark registration, most probably in the transition procedure you will have to opt to convert the “UK part” of the existing trademark registration into a separate UK national trademark.
These are some of the possible outcomes for the fashion companies post-Brexit, but there will be, of course, other matters of concern. As it will be a highly political process with an unclear outcome yet, it will be of a great importance to monitor closely the development and the potential impacts for your company.

References:
The Wapole (2017) Thriving after Brexit: The impact of leaving the EU on the UK’s luxury goods sector and policy recommendations, http://bit.ly/2Gk8so0

Jerzewska, A. (2017) Brexit and the European cumulation of origin: The case of the textile industry, http://bit.ly/2vTA5Pu

Aryxe is a swiss-origin IT-Solutions company which delivers best-in-class Research, Consulting, Advanced Services and XaaS-Solutions from our own locations in Bulgaria, Poland, Switzerland and Estonia. Our advanced XaaS Services span from developing global market-entry concepts to social media and distribution concepts. The customer base includes innovative and highly specialized companies in the area of Software Development, Cloud, Machinery as well as consumer products.