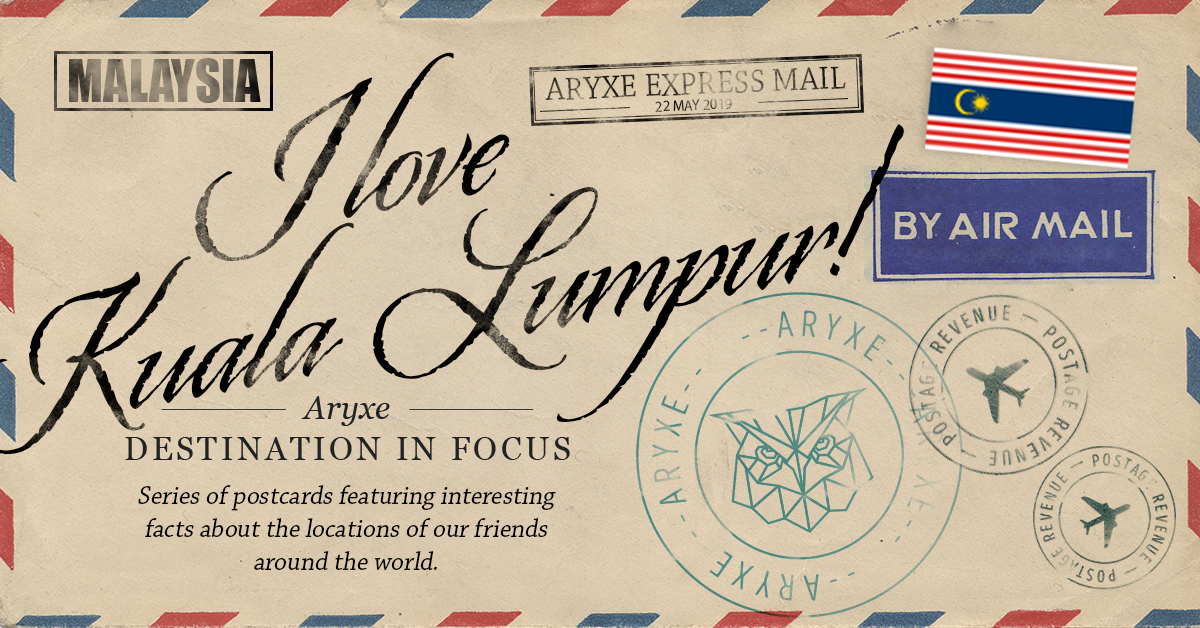 Kuala Lumpur is Malaysia’s capital and the largest city, as well as the cultural, financial and economic centre of Malaysia. As the metropolitan city of Malaysia, it covers an area of 243 km2 and has an estimated population of 1.8 million. Kuala Lumpur is home to a diverse mix of ethnicity including Indian, Malay, and Chinese.

The city was actually founded by the Chinese with the rise of the tin mining industry began in the middle of the 19th century. Chinese tin miners were coming to the area for mining purposes and founded the town out of necessity. In the early 20th century started the boom with the development of rubber plantations in Selangor.

The name Kuala Lumpur is a Malay term meaning “muddy confluence”. The city is situated at the confluence of Gombak River (earlier Lumpur River) and Klang River which eventually provides the city with a stunning view from every angle. However, when there are periods of heavy rain in Kuala Lumpur, it is common for the city to flood, unfortunately.

Kuala Lumpur was occupied by the Japanese in World War II from January 1942 until August 1945. After the atomic bombs were dropped on Japan during this conflict, they surrendered to the Allied powers. Kuala Lumpur wound up falling under British rule after this.

Petronas Twin Towers are one of the delightful attractions of Kuala Lumpur. Between 1998 through 2004 they were the world’s tallest buildings, and are still regarded as the world’s tallest ‘twin’ buildings. One of the most interesting aspects of this tower is the bridge that connects the two towers. It is located on both the 41st and 42nd floors of the tower.

Spanning 6.9 hectares below the Petronas Twin Towers is the KLCC Park with jogging and walking paths, a fountain with an incorporated light show, wading pools, and a children’s playground. The park was designed to showcase a heritage of tropical greenery by integrating man’s creation with nature. The park itself contrasts as a calm environment in the midst of the hustle and bustle of the city.

Kuala Lumpur is the retail and fashion hub of Malaysia and boasts of more than 66 shopping malls, home to three of the world’s 10 largest malls, including the world’s fourth largest mall, 1Utama, which covers 5 million square feet. The Sunway Pyramid shopping mall is most recognizable with its Egyptian-inspired sphinx architecture.

The Kuala Lumpur Tower is a communications tower located in Kuala Lumpur. It features an antenna that increases its height to 421 metres (1,381 feet) and is the 7th tallest freestanding tower in the world. The roof of the pod is at 335 metres (1,099 feet). If you go up into the tower, you can get an absolutely breathtaking view of Kuala Lumpur from such a high perspective.

One of the most popular Hindu shrines outside of India, the Batu Caves are a series of cave temples in a limestone hill located 8 miles north of KL in the Gombak district. The entrance to Batu Caves includes a steep flight of 272 steps. You will see an impressive gold statue when visiting this location that makes the trip to the caves even more worthwhile.

The ban on plastic straws in the Federal Territories of Kuala Lumpur, Putrajaya and Labuan from Jan 1 next year received mixed views from the public. Comments from netizens showed that many were for it for the greater good of the environment but some raised their concerns on convenience, cost and hygiene.

One of the weirdest Kuala Lumpur fun facts is that there is a ban on the excessive use of lipstick. This was put into effect back in 1996. A controversial leader of Malaysia’s Islamist opposition party, the Pan Malaysian Islamic Party, has been criticised by women’s groups for saying that wearing perfume and lipstick could arouse men and provoke rape. As a matter of fact, this isn’t too out of the ordinary when it comes to Islamic laws.