Destination in Focus-Fun Facts about Bern! 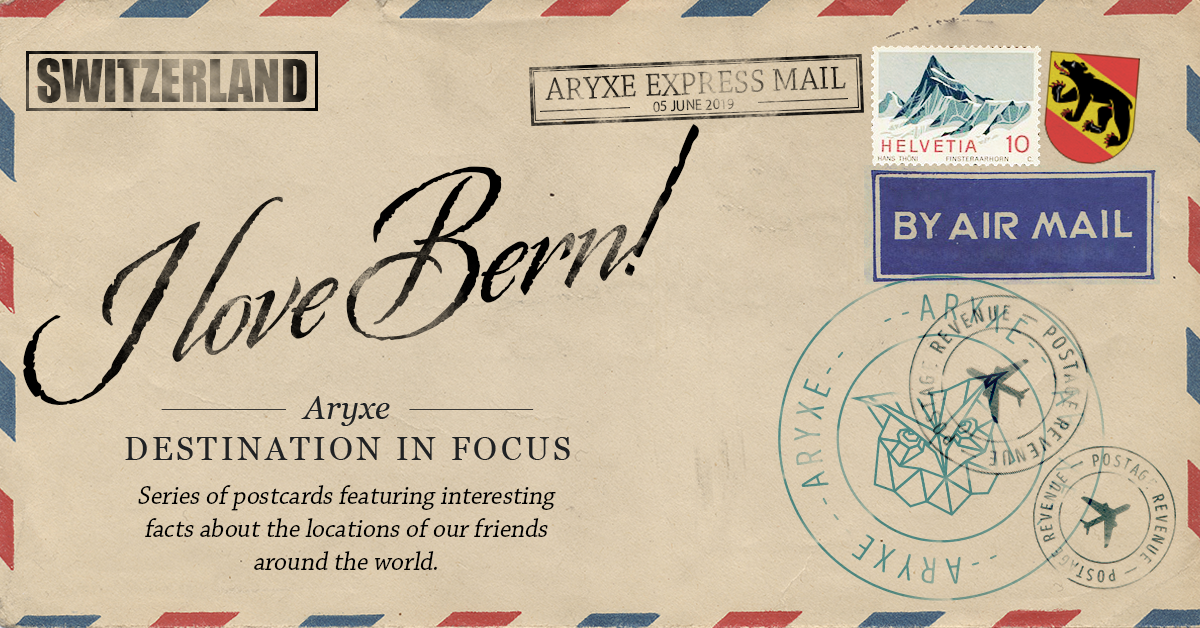 Did you know that the Swiss capital Bern is named after a bear?

Bern’s official title is Bundesstadt, or Federal City, rather than Hauptstadt, or capital city. Switzerland technically has no capital but since 1848 Bern has been the seat of the Federal Parliament and government so is the de facto capital. It is located 95 kilometers southwest of Zurich, in the very center of the country.

According to the local legend, the city’s founder, Duke Berchtold V von Zähringen, named the city after the first animal he met on the hunt, which is bear, in German “Bär”. When you visit Bern, you’ll immediately notice why it is known as the “City of Bears”. There is a big Bear Park on the riverbank that borders the historical old town, the first of which was documented in 1441.

The old town of Bern is more than worthy of its status as a UNESCO World Heritage Site. Situated on a cliff surrounded on three sides by the stunning aquamarine waters of the Aare River, the old town has preserved much of its medieval character. This old area is where many of the best tourist attractions are located, including all of the bridges across the Aare, public fountains, ancient statues, towers, and, of course, the famous Clock Tower.

Bern’s two gifts to the sweet-toothed world are Toblerone and Ovomaltine. The triangular chocolate was invented by Theodor Tobler in 1908 and every piece is still made in Bern. Ovomaltine (known as Ovaltine in Britain) was created in 1904 by Dr Albert Wander, who mixed malt, egg, milk and cocoa.

Switzerland and its capital Bern benefit from international trade, with Swiss exporters generating US$299.6 billion in global sales in 2017. Switzerland’s highest-value exported products are gold, medicines, wrist watches and jewelry according to the International Trade Centre.

Albert Einstein lived in Bern when he discovered and published his Theory of Relativity. The Einstein Museum is focused on the life of the great scientist, demonstrating how he lived, through dozens of old films, original objects, and letters. Einstein did some of his most impressive work while living in Bern in the early 1900s, including the Annus Mirabilis papers on the photoelectric effect, the Brownian motion, the special theory of relativity, and E = mc2.

The nickname of Bern is “the city of fountains”, because of the over one hundred fountains that dot the area. Eleven maintain their original statues and all are carefully maintained and frequently repainted, the fountains were topped with statues or biblical scenes such as Samson killing a lion. And, yes, the water is still potable.

Perhaps the most famous building in Bern, the Berner Münster is also known as the Bern Cathedral and the Cathedral of St. Vincent. The cathedral is Switzerland’s largest church from the late Middle Ages and plays a vital role in the overall development of the city’s architecture.

The 800-year-old Clock Tower is one of the most famous of Bern’s landmarks and is well worth the visit (the clock dates to 1530). This 23-meter tower is decorated with an immense astronomical clock. Beginning at just three minutes before every hour, a circus of mechanical creatures (The Fool, The Knight, The Rooster, The Piper, and more) come out to put on a little show. The streets from the clock tower house a neat row of arcades that stretch over 6km, giving Bern the title as having one of the longest covered shopping promenades in all of Europe.